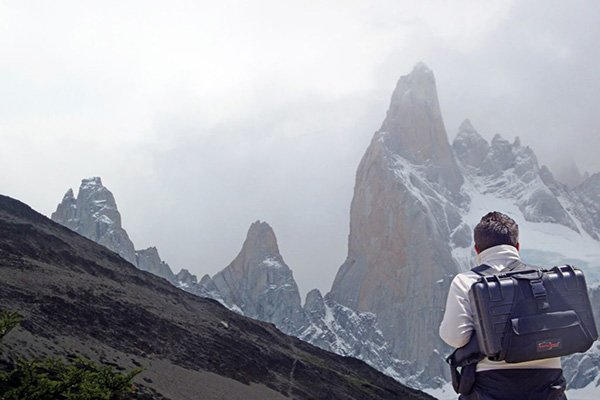 GT Line Srl, a leading company in its sector that has always focussed on principles of integrity and transparency, has followed a Compliance Programme (hereinafter the “Programme”) for some time now. This programme is aligned with the requirements of article 6 of Italian Legislative Decree no. 231 of 8 June 2001 regulating “the administrative liability of entities and legal persons”.
In this regard, GT Line has aimed to consolidate and supplement the principles guiding its business conduct and related internal control system, to ensure that all parties acting on behalf and in the interest of the Company adopt a conduct that always conforms to laws and regulations and that is consistent with principles of fairness and transparency in doing business and in carrying out company operations.
GT Line has adopted this approach convinced that the definition, adoption and implementation of a Compliance Programme – aside from the requirements of the Decree – is a valid way to raise awareness among all parties that operate in the name and on behalf of the Company, so that they adopt a conduct that is appropriate and consistent, in carrying out their activities, in such a way as to prevent the risk of committing the offences referred to in the Decree.
GT Line has therefore adopted its own Compliance Programme in keeping with the requirements of article 6 of Italian Legislative Decree no. 231/2001, incorporating a Code of Ethics setting out the key principles guiding the Company in its operations.
In view of periodic changes in the legal framework and case law and legal theory, and considering changes in the governance and organisation of the Company, the Programme is updated at regular intervals to ensure its adequacy and actual adoption.

This Programme applies to the following parties who shall therefore be familiar with and observe the Programme, for areas in their responsibility:

• the administrative body – currently the Board of Directors of the Company;
• the control body – currently the independent auditors in the context of their activities to audit the financial statements and accounts;
• all employees and direct staff with whom the company has entered into a contract, for any reason whatsoever, which may also be for occasional and/or only temporary work;
• all third parties that, for any reason whatsoever, do business or have professional relations with the Company or that operate on its behalf and/or in its interest.

The purpose of the Programme, in line with requirements of Italian Legislative Decree no. 231 of 2001, is to:
• supplement and consolidate the system of company governance and compliance with laws and GT Line regulations;
• put in place a structured, organised system of prevention and control tools, aimed a reducing the risk of committing offences connected with company operations;
• remind Programme recipients that GT Line will not tolerate unlawful conduct, because it does not accept under any circumstances the aim pursued or the erroneous belief of acting in the interest or to the benefit of the Company, as such conduct goes against the ethics and values which inspire and are adopted by the Company in its business mission and are therefore in contrast with its interests;
• make all parties that operate in the name, on behalf or in any case in the interest of GT Line, aware of the fact that committing an offence in the mistaken interest of the Company not only results in criminal sanctions for the party responsible for the misconduct, but also in administrative sanctions for the Company, exposing it to financial, operational and reputational harm;
• remind all Employees that they must comply with applicable laws and, in any case, must align their conduct with the highest standards of diligence, prudence and expertise, with a view to safeguarding the environment and safety;
• inform all parties operating in the name, on behalf or in any case in the interest of GT line that any infringement of the provisions in the Programme will result in disciplinary and/or contractual measures being taken, regardless of the criminal significance of the infringement.

The Compliance Programme adopted by GT Line was prepared after a thorough risk assessment was conducted, which considered the company areas and operations potentially exposed to the risk of the offences referred to in Italian Legislative Decree no. 231/2001 being committed.

The summary document which describes this Programme comprises a General Part introducing the legal context and explaining the internal regulatory and organisational measures adopted by the Company to run its business, as well as the structure for assigning responsibilities and powers and the general principles of the Internal Control System.

The General Part also provides detailed information on the Supervisory Body, as regards the integrity, independence and professionalism required to carry out its function, and the duties and responsibilities assigned to it. The Company has opted to appoint a joint Supervisory Body chaired by a non-company member.

The General Part also refers to the Disciplinary System adopted, which envisages sanctions for persons within or outside the organisations that are responsible for infringing provisions in the Programme and/or Code of Ethics of the Company, regardless of whether or not this conduct is an administrative offence pursuant to Italian Legislative Decree no. 231/2001.

The Programme also has a Special Part, comprising Sections that refer to the various categories of offence considered as potentially applicable to GT Line, following risk-based analysis conducted in compliance with the principles set out by universally recognised frameworks for the assessment of governance and internal control systems.
The Special Part therefore identifies Sensitive areas i.e. the areas of company operations that are exposed to the possibility of the offences referred to in Italian Legislative Decree no. 231/2001 being committed. For these Sensitive Areas, possible ways of committing the offences were reviewed and the adequacy of company measures to prevent these possibilities were assessed. These measures come under the specific principles of control already outlined in the Special Part of the Programme, and are part of a broader-ranging regulatory system in place in the Company (organisational system and internal procedures), which is also a part of the Programme.

As required by article 6 of Italian Legislative Decree no. 231/2001, the Company has also set up communication channels for sending information flows reporting unlawful conduct and/or conduct that is not in line with the provisions of the Programme and/or Code of Ethics adopted.

GT Line ensures that information sent for the above purposes is managed with the utmost confidentiality to protect the persons reporting the information and the persons the information refers to, and in any case in compliance with Regulation (EU) 2016/679 (European Regulation for the protection of personal data – GDPR).
GT Line will follow up all breaches of the above principles, as well as the improper use of tools made available to report irregular conduct to the detriment of people and the Company.

Information may be reported:

a) by ordinary post: to the Supervisory Body c/o GT Line, via del Lavoro, 9 Località Crespellano – 40053 Valsamoggia (BO); or

All requests for information and/or clarifications can be forwarded to the Supervisory Body of GT Line, at the above addresses.